Prof. Mardanpour received his Ph.D. and M.S. from the School of Aerospace Engineering at the Georgia Institute of Technology. Under the supervision of professor Dewey H. Hodges, he became an expert in Hodges’s nonlinear composite beam theory as well as the aeroelastic design of UAVs.

After graduating, Prof. Mardanpour joined UCLA as a post-doctoral fellow to serve as the assistant director of the Flutter System Research Center and to work with professor A. V. Balakrishnan on his continuum theory of aeroelasticity and its application on experimental flow-induced vibration and power harvesting.

Before he joined Georgia Tech, Prof. Mardanpour earned another M.S. from Sharif University of Technology in Tehran, Iran, and worked as a research scientist at the Institute of Aeroelasticity at the German Aerospace Center (DLR) in Göttingen, Germany, where he focused on the experimental aeroelasticity of high-aspect-ratio wings. 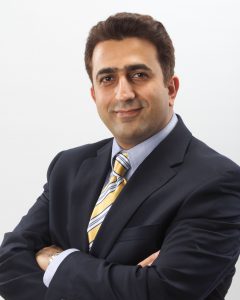